The famous director of a big and expensive movie planned to film a beautiful sunset over the ocean, so that the audiences could see his hero and heroine in front of it at the end of the film as they said goodbye to each other forever. He sent his camera crew out one evening to film the sunset for him. 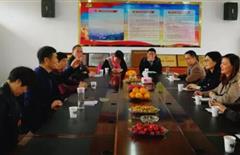 The next morning he said to the men, "Have you provided me with that sunset?"

The director was angry. "Why not?" he asked.

"Well, sir," one of the men answered, "we're on the east coast here, and the sun sets in the west. We can get you a sunrise over the sea, if necessary, but not a sunset."

"But I want a sunset!" the director shouted. "Go to the airport, take the next flight to the west coast, and get one."

But then a young secretary had an idea. "Why don't you photograph a sunrise," she suggested, "and then play it backwards? Then it'll look like a sunset."

"That's a very good idea!" the director said. Then he turned to the camera crew and said, "Tomorrow morning I want you to get me a beautiful sunrise over the sea."

The camera crew went out early the next morning and filmed a bright sunrise over the beach in the middle of a beautiful bay. Then at nine o'clock they took it to the director. "Here it is, sir," they said, and gave it to him. He was very pleased.

They all went into the studio. "All right," the director explained, "now our hero and heroine are going to say goodbye. Run the film backwards so that we can see the 'sunset' behind them."

The "sunset" began, but after a quarter of a minute, the director suddenly put his face in his hands and shouted to the camera crew to stop.

The birds in the film were flying backwards, and the waves on the sea were going away from the beach.

A. to film a scene on the sea B. to find an actor and an actress

C. to watch a beautiful sunset D. to meet the audience

2. Why did the director want to send his crew to the west coast?

A. Because he changed his mind about getting a sunset.

B. Because he was angry with his crew.

C. Because he wanted to get a scene of sunset.

D. Because it was his secretary's suggestion.

3. The director wanted to film a sunset over the ocean because ______.

A. it went well with the separation of the hero and heroine

B. when they arrived at the beach it was already in the evening

C. it was more moving than a sunrise

A. because he was moved to tears

B. as he saw everything in the film moving backwards

C. as the sunrise did not look as beautiful as he had imagined

D. because he was disappointed with the performance of the hero and heroine

5. Which of the following is NOT true?

A. The crew had to follow the secretary's advice.

B. If you want to see a sunrise, the east coat is the place to go.

C. The camera crew wasn't able to film the scene the first day.

D. The director ordered his crew to stop filming the "sunset".